Date：From 2015
Football is one of the most popular sports in Hong Kong. In recent years, the Kwoon Chung Bus Group has spared their effort to promote local football. In 2015, it entered into a five-year cooperation plan with the Southern Football Team and sponsored the participation in the Hong Kong Super Football League. In the meantime, Kwoon Chung roll out a "Retirement Protection Scheme" to help the football players.

Since the team participant in the football league in the name of Kwoon Chung South District, the results have been stable. In the 2015-16 season, the team had entered the senior team’s silver medal finals. The next season, the team won the third. With the spirit of never give up, Kwoon Chung Southern District successfully established its unique style and impressive to its fans.

steering committee, together with a group of colleagues actively support the event. The event aimed to raise money for social welfare member agencies in providing “Family and Child Welfare Services”. 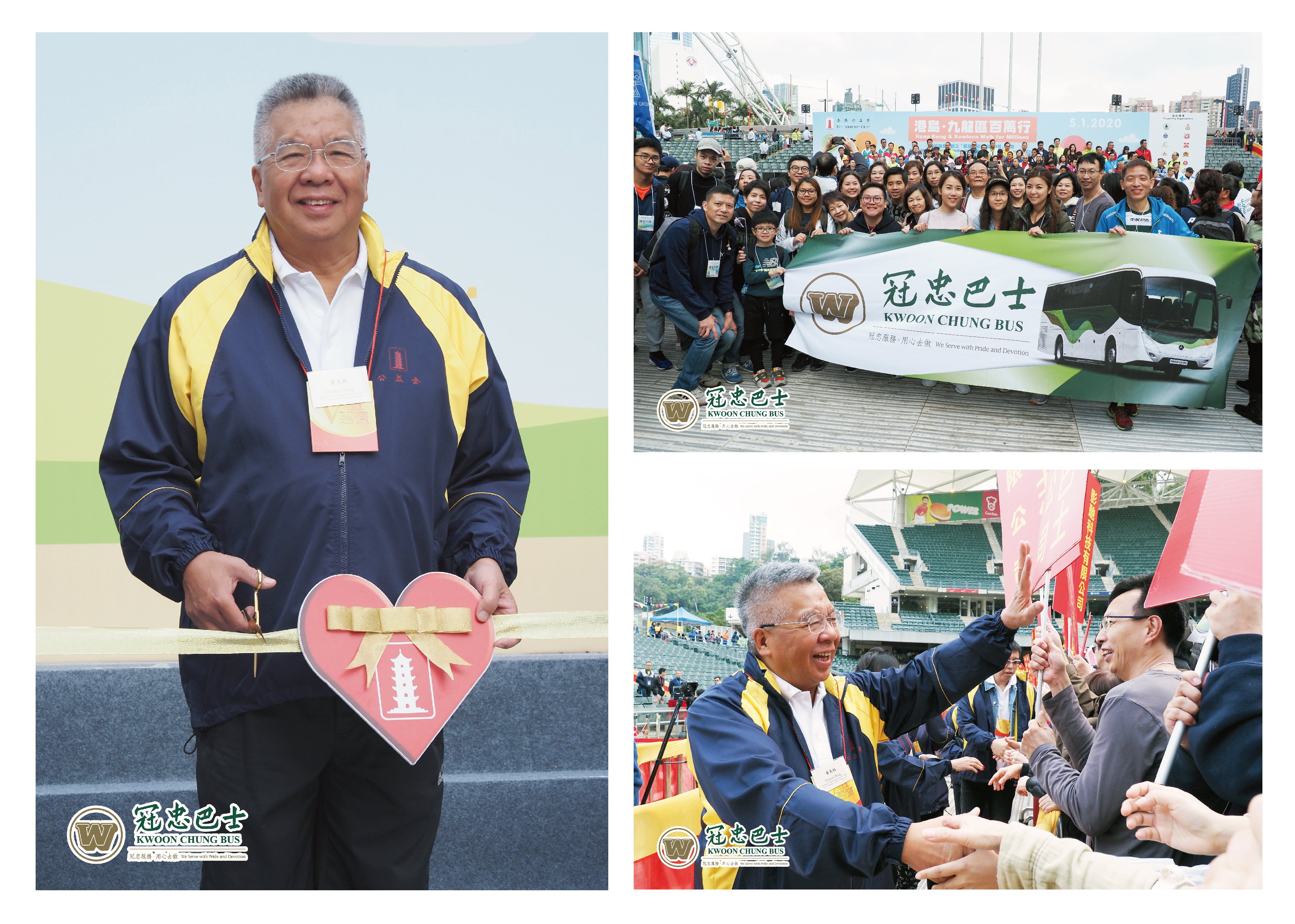 Kwoon Chung Bus Holdings Limited is pleased to be awarded of the 2019/20 Caring Company Logo by the Hong Kong Council of Social Service (HKCSS), commending the Group for its affirmation and support in embodying corporate social responsibility.

In the future, we will continue to uphold the project mission of "Caring for the Community, Caring for Employees and Caring for the Environment" and strive to build a sustainable society.

*The "Caring Company" project was initiated by the Social Council to promote strategic partnerships between the business community and the social service sector to jointly promote corporate social responsibility and build an inclusive society. 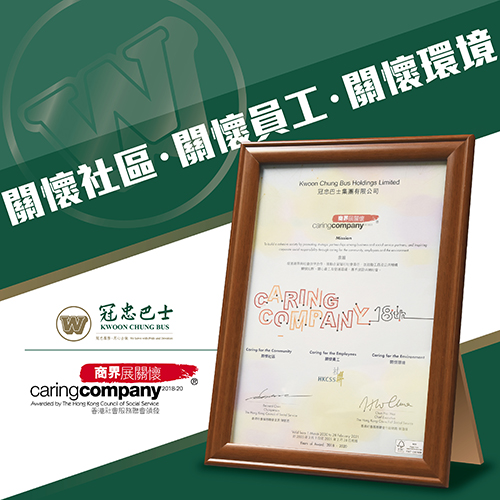